crepl is a collaborative editor written in Clojure and ClojureScript. In the editor you can write and evaluate ClojureScript code. And you can work on the same code together, similar to Google Docs. crepl has been offline for quite some time as I did not have a place to deploy it to. Recently, I have been playing around with compiling Clojure with GraalVM's native-image and deploying on AWS Lambda. Because AWS Lambda works together with websockets via API Gateway the whole crepl infrastructure can be deployed in a serverless manner too! 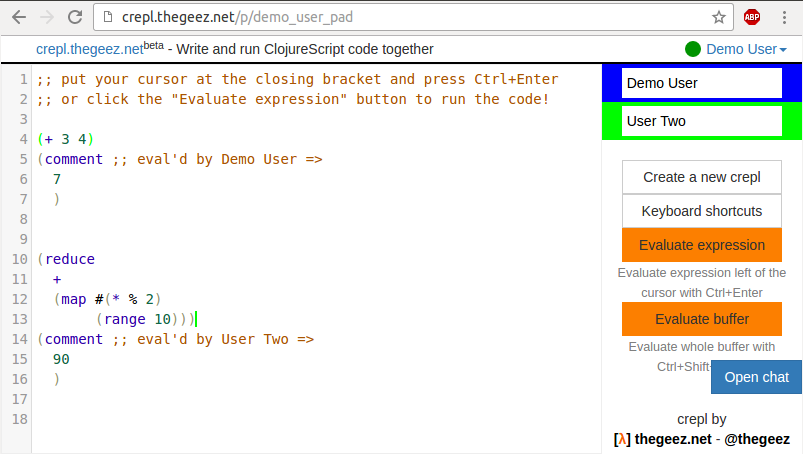 Two people working on the same ClojureScript code and seeing the same output.

As a reminder, here's a list of some of the features in crepl: